Hako Technology is an Ltd. company that deals with the metal products industry. Its origins have in Germany. Hako Technology is a part of Hako Group, one the biggest industry groups, which leads in metal products industry in Europe.
Hako Technology opened its first branch in Koszalin in 1997 whereas in 2000 the place of business was moved to the near locality named Chałupy. In the course of time, the company were successfully modernizing, were developing the production technology, and extending the scope of production and services. In 2004, the second production hall arose.
The most important period of the activity was the years 2017-2018 when the result of expansion was in doubling the size of the production hall and also powder coating shop was put into service that additionally improved the production and implemented to the offer the ability to apply protective coatings.

We work in in an accordance with ISO standards. 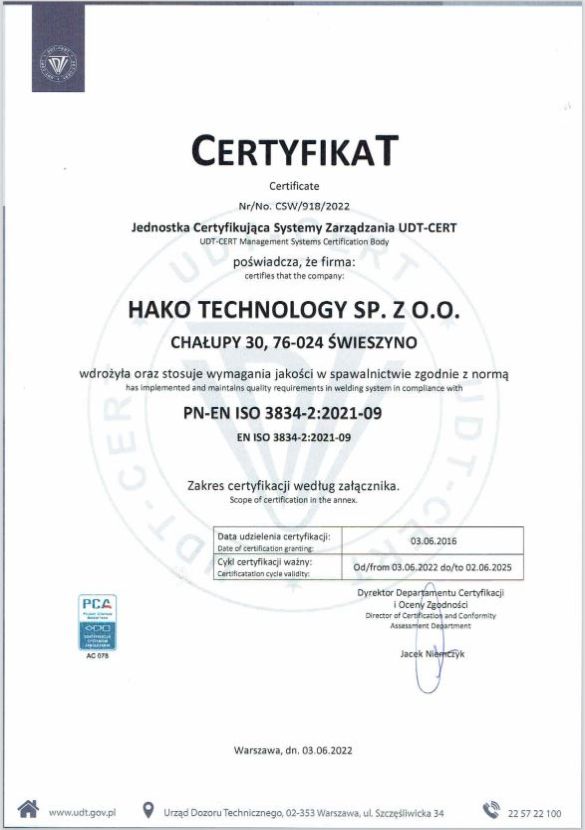 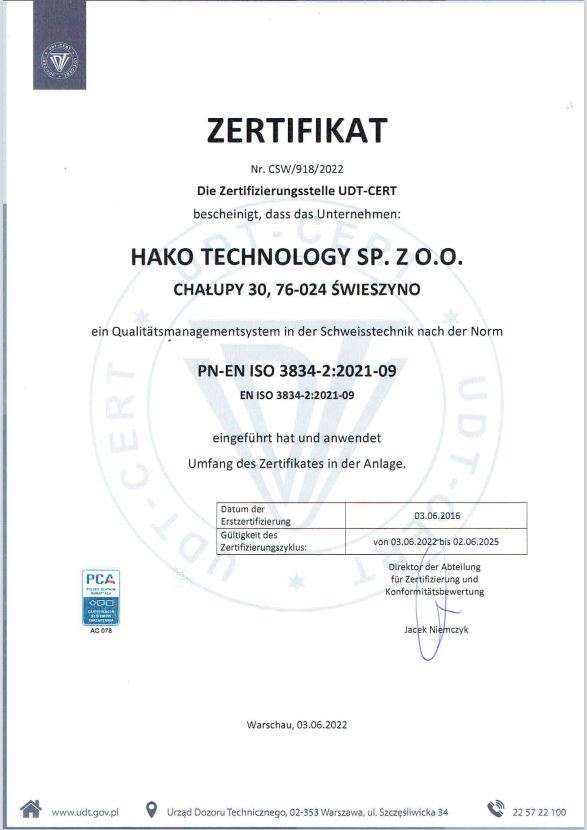 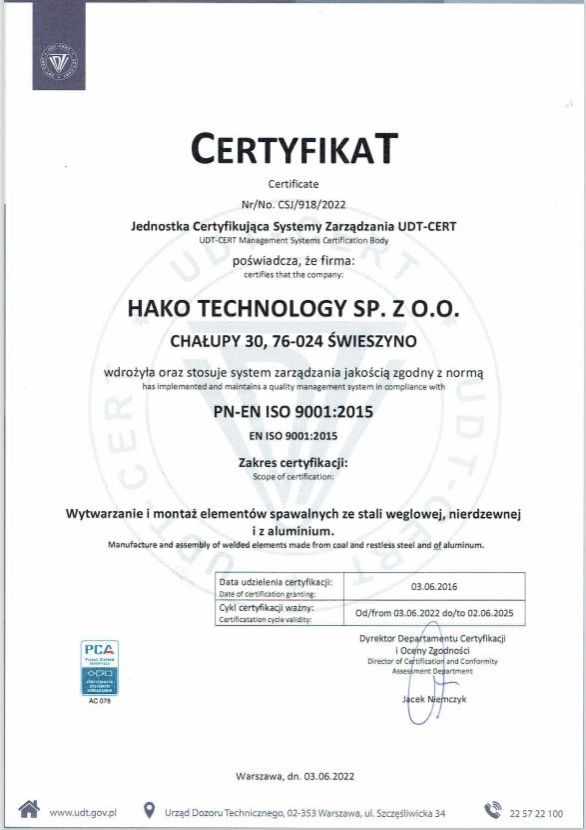 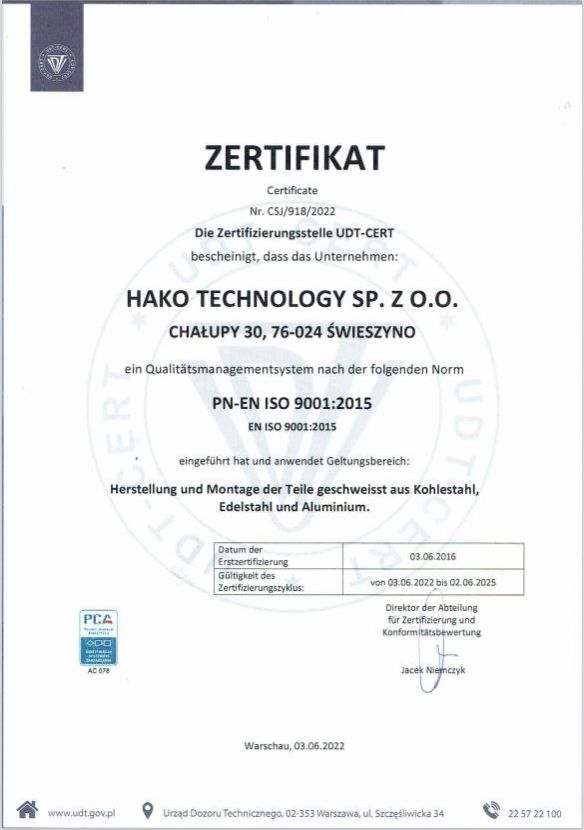 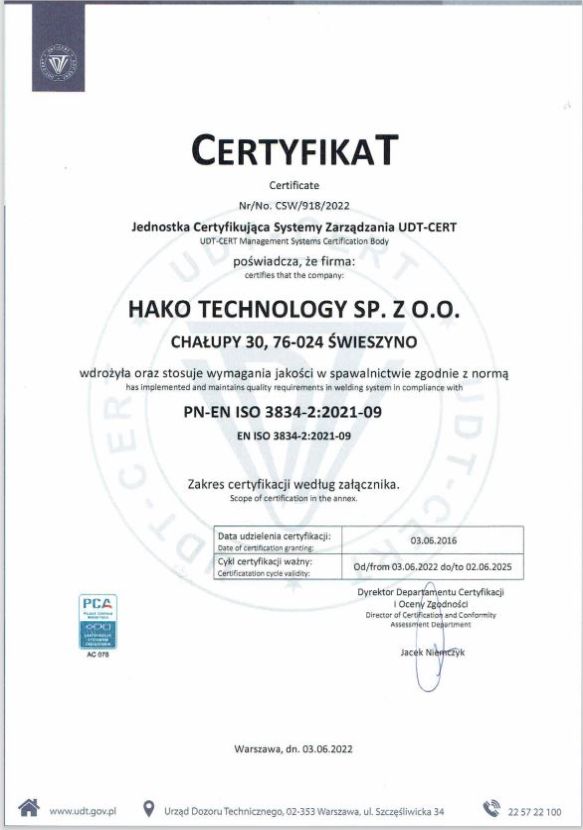